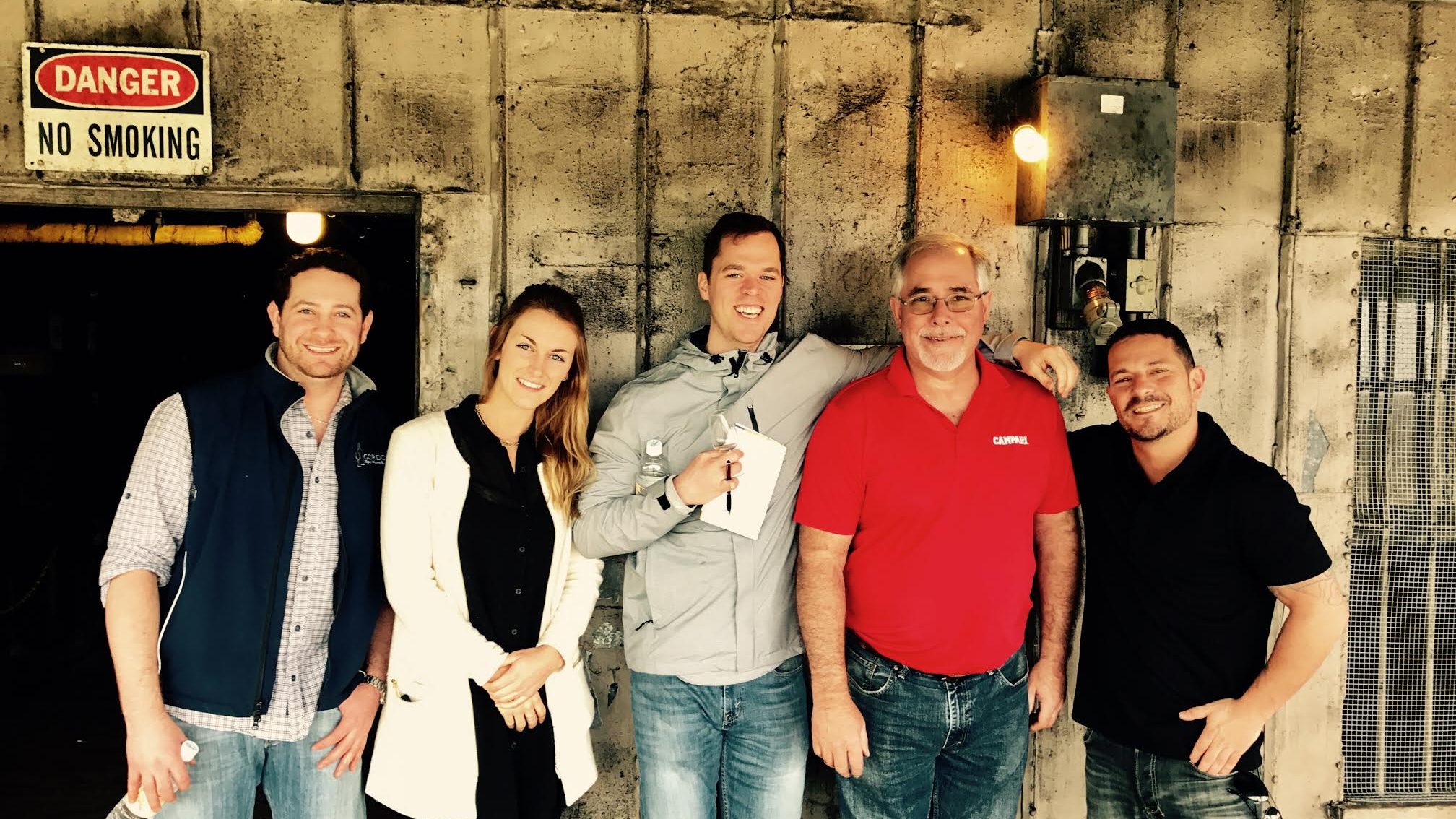 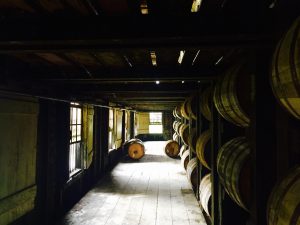 On Thursday, March 30th myself and the rest of the Gordon’s Whisky Team left first thing in the morning from Downtown Louisville with our notebooks, bottles of water and a bottle of Gordon’s Private cask of Miltonduff 21 Year Old from Gordon & McPhail. The Gordon & MacPhail bottle was for Eddie Russell. Eddie Russell is the Master Distiller for Wild Turkey and it was not only his birthday, but he was also personally guiding us through the barrel picking process. We spent about 4 hours walking through one of the Wild Turkey warehouses. This is only the 4th year that the Russell’s Reserve brand has been released as a private barrel pick and Eddie is still experimenting with what he feels is the best way to present barrels to buyers. This Gordon’s visit was the first time Eddie had gone through and specifically chosen two barrels from different warehouses. He made sure to pick from different floors and racks of these specific warehouses in order for us to fully explore how maturation location affects the spirit. This is how the warehouse location was described to us:

Top of the rickhouse – Water evaporates quickly, meaning less liquid but higher proof. Typically very spicy, and has a kick to it.

Middle of the rickhouse – The break-even point between water evaporation and alcohol evaporation. Typically very juicy with vanilla flavors.

Bottom of the rickhouse – The alcohol evaporates quicker than the water due to the lower temperatures. The proof will be lower. Typically more floral and fruits. More delicate.

In the bourbon community rickhouses and the whiskey the “typically produce” is a common topic these days. Our casks were from warehouses: G, M, H and K. 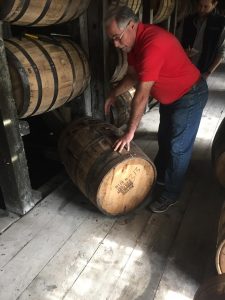 As we weaved and walked through the racks and rows of barrels, Eddie was hammering out the bung hole and pouring us samples from the thief. It is difficult to explain the ambiance and emotion when you are drinking 6-8 year old bourbon with the person who created it. Eddie is the 2nd generation master distiller and has now worked at the distillery in multiple capacities for 36 years. Eddie spoke about how during his father Jimmy’s reign as Master Distiller of Wild Turkey he was making whiskey for the southern gentlemen. Eddie is now making bourbon for everyone, of every age, both male and female. He has watched the industry change and has adapted while keeping the original mindset that this is a historical and southern drink. Listening to him speak about his experiences and his perspective on the industry was invaluable. 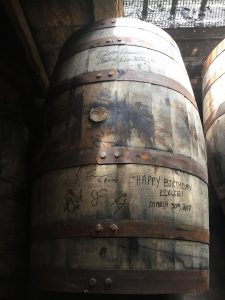 Eddie drank a few drams right out of the barrel with us, but never persuaded us in our opinions. As a team we began discussing our favorites and why we felt they were worthy of being a Gordon’s Private Barrel Pick. We clearly thought the tasting experience was over when Eddie then said he had a cask over in the corner that had never been opened. It had serious molasses staining and goo all over the middle staves. He hammered the bung out and all five of us tasted this for the first time together. This was Eddie’s true birthday dram. This barrel was immediately everyone’s new favorite- and no, not because we had been a few glasses in!

It had a nose of rich caramel apple, chai spice and a crusted apple pie. The palate literally tasted like vanilla ice cream melting over hot cinnamon apples. The cinnamon and spice continued to finish with a nice vanilla. This cask came from warehouse M, 5th floor and was laid to rest on Oct. 15th 2007. When we were offered the chance to choose that as one of our picks, we jumped at the opportunity. The second barrel we chose for a private bottling of Russell’s Reserve was from warehouse H, 4th floor.

I had visited Wild Turkey before and was always impressed by their commitment to a quality product line and southern heritage. Having this experience with Eddie Russell was just solidifying my affection for the brand. Gordon’s private barrel picks will be arriving to stores soon and you better believe I will be pouring my heart and soul into explaining to people how we decided on these barrels. This was one of my most memorable experiences in Kentucky by far. Thanks for everything Eddie! 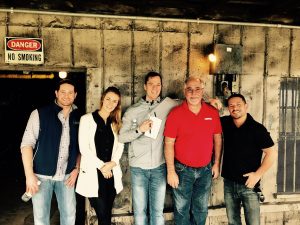 It was while working in design and manufacturing in northern California that Holly’s passion for whisky became too overwhelming. She took it upon herself to create a hands on program for whisky and has since visited some of the largest whisk(e)y producers in the world to spend time with them and learn their ways.