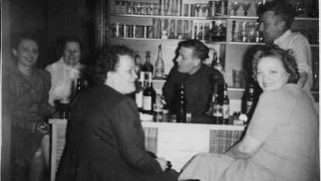 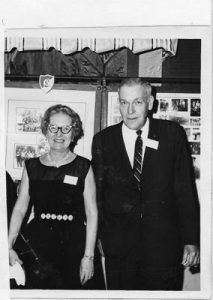 I fondly remember my father and grandfather. Anyone who ever met them said they were both, “such gentlemen.” They were wonderful parents and grandparents. My grandparent’s home was on the Ohio River across from downtown Louisville, Kentucky. They had a deck that overlooked the river and on any given Saturday or Sunday a backyard full of friends. The back porch had a refrigerator full of long neck PBR’s or Falls City Beer. If you wanted something else there was a bar where my grandfather would make you a highball. Esquire Magazine says, “The potency of the drink is the result of the bartender’s kindness.” My grandfather Bill was kind and there was always plenty of Old Grand-Dad or Early Times at the bar. 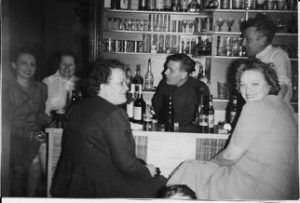 People would always gather at their house for barbecues, fireworks shows, “The Great Steamboat Race” between the Delta Queen and Belle of Louisville, speedboat races, air shows, or to just watch the barges go up and down the river. If you were there for dinner, Daddy Bill would offer to “sweeten” your coffee with a little Canadian Club Whiskey.

Those really were the good old days where everyone sat around and discussed sports, politics and the weather without phones, TV or interruptions.

They say the apple doesn’t fall far from the tree and in the case of my dad, Bill, that is very true. My parents always had people over for some occasion or another. He built a beautiful bar in our basement, and the drink of choice in my latter years at home was a Manhattan. But Dad could make any drink you wanted. Bartending for that generation was a skill many had learned. Mom and Dad threw a lot of parties. I remember their New Year’s Eve parties most, where everyone was still there when mom would make breakfast at 5:00 or 6:00 in the morning. They would dance, talk and play cards all night. The “Greatest Generation” were great hosts and threw epic parties. 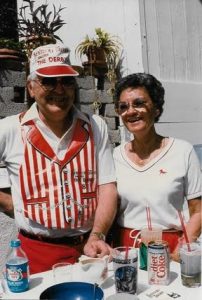 Mom and Dad would come to California for our Derby Party and Dad would be our bartender. He said, “he could meet everyone that way.” But he also just enjoyed being behind the bar and talking with people.

As you spend Father’s Day with your family ask about the traditions of your parents, and grandparents. We have recently held discussions with our kids about what we did for entertainment when we were their age and how drinks and drinking in general has changed. I get a grin on my face even saying ‘Wine Coolers’. What was that old commercial? …..“We’ve come a long way baby.”

Happy Father’s Day to all the dads and expectant fathers that read this!