A Question About Barrel Proof Bourbon 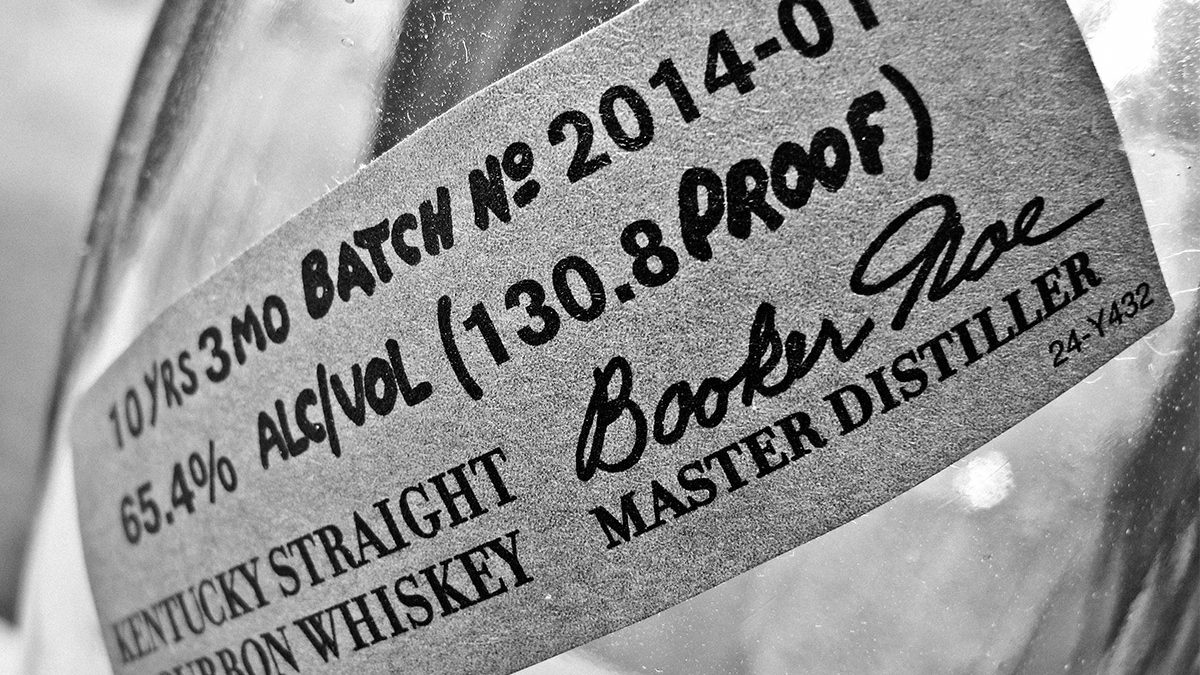 Some time ago, I got an email from Gene asking about barrel proof.

I need a little clarification. I just received a bottle of Booker’s in a nice box, as a gift. The label says single barrel 127 proof. It aroused my curiosity. Then I read that Garrison Brothers have a release “Cowboy Bourbon” at 134 proof (not for the faint of heart)….! I thought to be “Bourbon” whiskey had comply with certain criteria one of which is that it couldn’t be barreled at higher than 125 proof? What’s the story here?

Thanks for your help,

Gene asks an excellent question. To answer it we need to dig a little into the science behind aging. While it is true that bourbon can’t be entered into the barrel at higher than 125 proof, that proof requirement only applies to the liquid going into the barrel. What happens after that is up to nature.

Let’s take a look at what happens during aging. Three basic things are going on while the distillate is in the barrel: extraction of flavor, chemical reactions, and then the interaction with the surrounding environment (which is where Gene’s question comes in). So to look at each in turn:

Alcohol is a solvent, and like all solvents, it loves to dissolve things. In the case of bourbon, that is all the caramel and vanilla flavors that burning a piece of oak allows the alcohol access to. This extraction happens pretty quickly in the grand scheme of things. It’s why you can get something that tastes kind of like “bourbon” at six months or less in a small barrel. It doesn’t taste exactly like the large, mainstream bourbons, but it has a lot of the same characteristics. At this point, it is essentially a wood extract, kind of like the vanilla extract you’d find in your kitchen cupboards. Only, in this case, it’s wood flavors dissolved in alcohol, not vanilla bean.

This is a function of time. Certain things happen to that extract as time passes while it is in the presence of oxygen. Molecules break down and recombine into tasty combinations that give a well-matured whiskey a lot of the delicious flavors we associate with it. How does that oxygen get into the barrel? A properly constructed barrel is very good at keeping liquid inside but luckily isn’t so good at keeping air inside (or outside).

Interaction with the environment

This brings us to the answer to Gene’s question. In general, if you were to look at both the ethanol molecule and the water molecule, you would notice something. The ethanol molecule is much larger. It has more atoms in it than in water (two Carbon atoms, six Hydrogen and an Oxygen atom to water’s two Hydrogen and an Oxygen). As such, the water molecule can more easily pass through the grain of the oak used in the barrel. This means that two things can happen:

Of course, this is just a simplified version of the science behind aging. People with fancier degrees than me can give all the charts and more specific reasons behind these processes, but this is how it was explained to me.