A Case for Flavored Whiskey 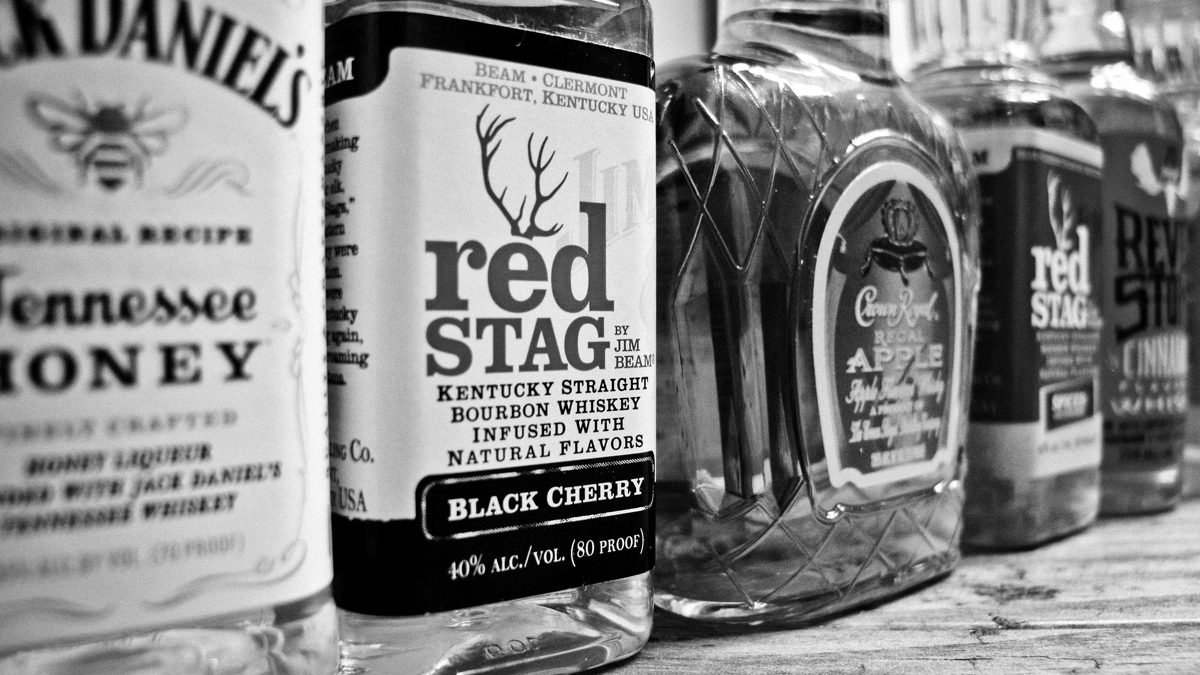 In the whiskey community, flavored whiskey has a bad reputation. And if you are only looking at it through the lens of a bourbon purist, you may feel it’s deserved. More than once I’ve heard someone say something along the lines of: “they say there is a whiskey shortage and yet they go use some of that precious liquid for [insert name of your most hated maple and salmon-flavored brand here].”

I believe this is a misplaced view. In fact, I have a theory that in today’s whiskey environment, the existence of flavored whiskey might even make the bourbon that you drink neat taste better. Let me propose a simplified thought experiment (since admittedly blending is much more complex than this).

To keep it simple, let’s say you, the distiller, fill 100 barrels. Due to the nature of barrels and aging, each of those barrels tastes a little different. Some are amazing though a few are downright funky.

Now, once upon a time, a distillery may have only had a couple of bourbon brands. You took the barrels that hit a target flavor profile and blended them to make each one. The rest might go into a different brand or be sold off to another producer.

Today though everyone (both producer and consumer) wants a premium single barrel bourbon or small batch bourbon. And while it is possible that about 25-30 years ago everyone got very good at making bourbon at the same time, it seems more likely that they started pulling out the honey barrels that they’d previously been blending into the regular releases.

So back to that thought experiment. You’ve got 100 barrels of fully matured bourbon. You have three products that you put out. You have a single barrel premium expression at a high proof, a “small batch” expression at a lower proof and an entry level expression that’s right at 80 proof to make it as affordable as possible. Ok, let’s look at how you might select barrels for each of these three expressions.

First the single barrel expression. Because of the nature of a single barrel bourbon, this is going to get the tastiest barrels. They each need to be able to stand on their own. So if you have amazing barrels of bourbon, they should probably go here. And out of 100 barrels, you’ll get what? Maybe five to ten that are extremely good? (Yes, I pulled that number out of my backside, and yes, I think that 5-10% is probably incredibly generous.)

Next is your “small batch” expression. You plan to use a smallish number of barrels to create this rather just dumping everything together. Let’s say you are holding back 25 barrels to make this. These are barrels of varying quality. Each adding just what you need to make it taste just right. Some will be light and fruity, some spicy and rich, maybe even a couple that are essentially wood extract. Blending is hard. Even in the small-scale blending experiments that I perform at home, using only fantastic whiskey, some batches come out damn near undrinkable. So, you are going to have to choose just the right ones.

Finally, you have your entry level expression. This is where you use whatever is left, right? I really hope not. You just took out all the best barrels. Plus, you’re still trying to hit a flavor profile. If you just dumped everything else in there, the funky ones mentioned above are now a higher percentage of what’s left than they were of the original. For simplicity’s sake let’s go with 10% funky barrels to match our 10% honey barrels. Ten funky barrels in the 65 remaining barrels is about 15% funk instead of 10%.

So if you can’t blend away bad barrels as easily now, what can you do? What if, maybe, there is an in-house market for that bourbon? Maybe you dump a bunch of flavor in there, cover up the funk, call it Cinnamon Whiskey and sell it to frat boys.

And so even though I don’t drink it, that’s why I don’t mind flavored whiskey. Basically, you take the best barrels off the top and sell them for more money and then take the worst out and flavor them like cinnamon, allowing the average profile to remain relatively constant. “But,” you are going to say, “that’s just an oversimplified thought experiment.” Yep, in real life, you also make apple pie, honey, maple and black cherry whiskey too.