The Ha(y)leys from Kentucky Peerless 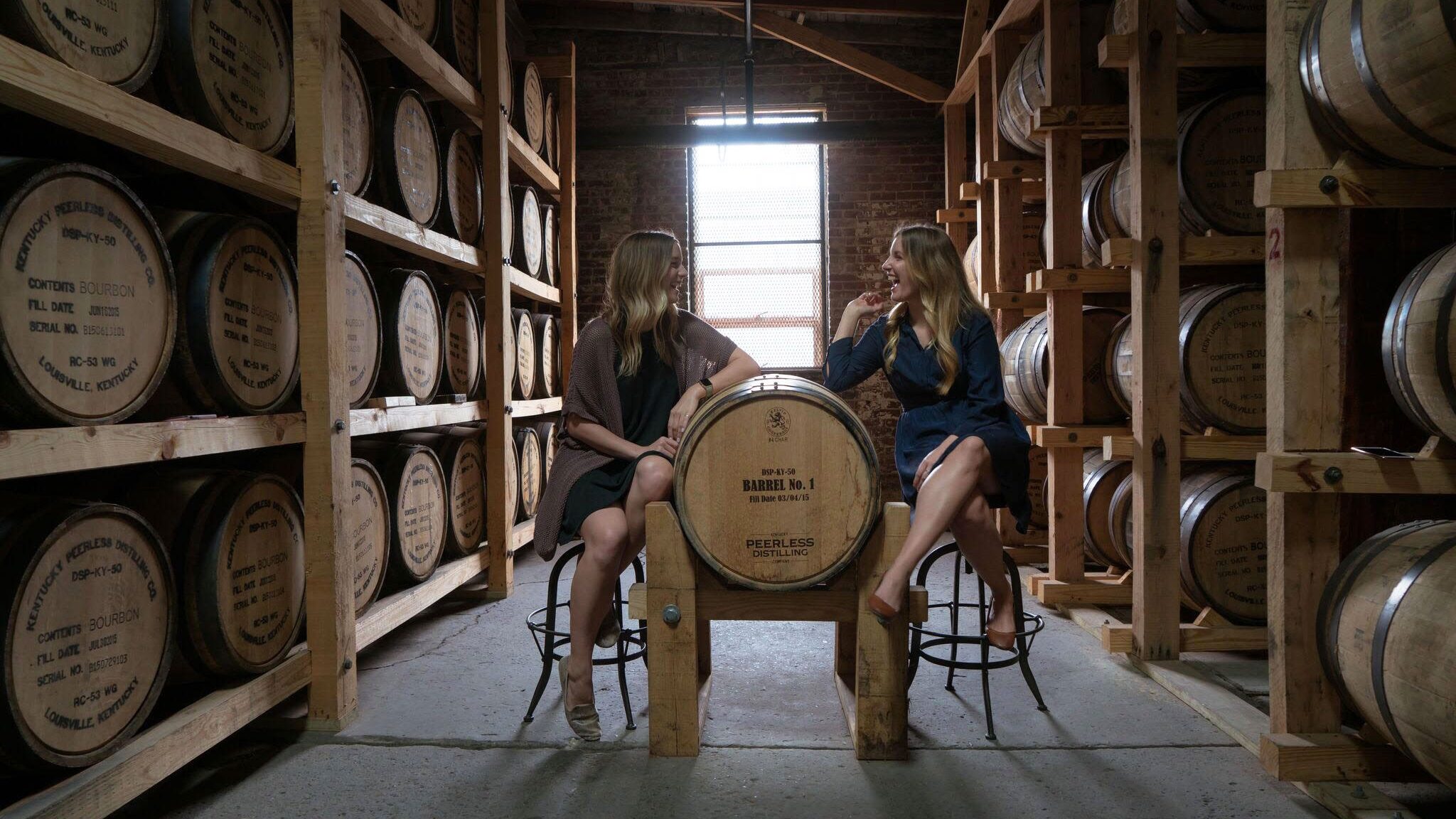 I am a novice when it comes to drinking whiskey. Rightfully so, though, since I am only 22 years old and was not a Jim or Jack girl in my college years. In my opinion, I am starting at exactly the right age and in exactly the right city. After graduating from WKU (Go Tops!) in the spring of 2016 with a degree in Public Relations & Marketing, I moved back to Louisville and set out to conquer the PR world overnight. I slowly but surely came to find out that is not how it was going to work. Life said, “No, you have a decent amount of learning to do, but props for trying!” So, I pumped the brakes and became a sponge – absorbing everything I could from anyone who would let me.

A couple months after moving back, I was offered a job as a PR & Marketing Associate at Kentucky Peerless Distilling Co. It was my first “big girl” job and had everything to do with alcohol and supplying people with a good time. Sounds fun, right? Well yeah, it is. I won’t lie. But I still have a lot of learning to do. Peerless was created by novices to the whiskey world as well, although they had more than enough experience when it came to drinking it. Back in 2015, they opened their distillery doors and haven’t stopped crafting their own path since. Distilling runs in their roots, dating all the way back to 1889 when Peerless was first started by founder, Henry Kraver. Ninety-eight years later, Peerless was brought back by fourth and fifth generations, Corky and Carson Taylor. And then 99 years later, they found me! I’m sure that’s exactly what their plans were. In August of 2016, I was welcomed into the Peerless family and have honorably been working next to them, creating a unique product and brand.

But I do not travel alone on this bourbon world voyage. It was by fate that the first Haley (Haley Routt) found me, the second Hayley, and now we both do marketing for the distillery. Personally, I think it was a marketing stunt by Peerless and they decided they wanted their entire marketing team to have the same name. And so became “The Ha(y)leys”. We have more in common than just our name, though. We both graduated at the same time, are both the same age and new to the working world, and are both finding our way as women in the world of whiskey. However, she was an experienced whiskey drinker when entering into this job while I drank wine, she is loud and I am not, she likes warm-blooded animals as pets and I like cold-blooded ones (I have a bearded dragon), she’s really good at coming up with the ideas and I am better at putting them on paper (hence, both of us being a part of this blog), and she always knew she would be in the Bourbon Industry and I had no clue. Despite all our differences, we make a pretty dynamic duo if I do say so myself.

To sum it up, I am what most would call a Millennial starting out my career in an industry that is well-respected all around the world. I feel like most days my job is turning me into an old lady with a forgetful memory, achy body, and an irritable personality, who is trying to get through another day. But I just have to remind myself of the situation I am in and how crazy it actually is! I am learning from some of the industry’s finest, from Michael Veach to Fred Minnick to our very own Corky Taylor, and meeting all the Head Distillers in Kentucky. I am getting to be an increment part in building such an amazing company.

It’s a good life to live, and it all started with whiskey.