For the Love of Food & American Whiskey Recap 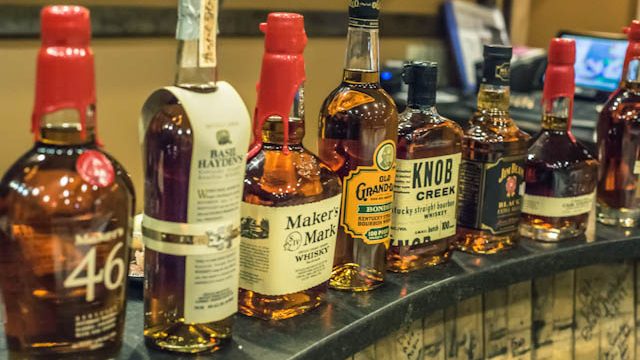 The Whisky Chicks teamed up with Westport Whiskey & Wine, Maker’s Mark, and Beam Suntory to provide a hands-on food and bourbon tasting extravaganza. This event is the first event of two, with the second being a food pairing with Japanese Whisky. The event intended to pair bourbons with a variety of different foods. We cataloged how the foods change the taste profiles of the bourbon, and vice versa. 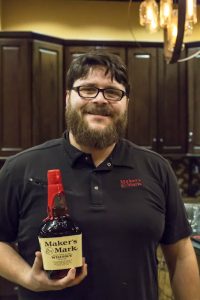 Thomas Bolton, Maker’s Mark Brand Ambassador, was on hand to educate us about the Maker’s Mark products and Beth Burrows from Beam Suntory was there to preach the Beam gospel. After a quick tutorial on the “Kentucky Chew” and “Kentucky Hug”, we began the tasting and food adventure. 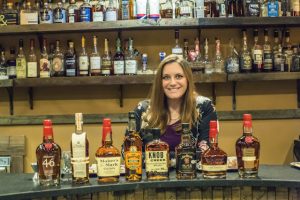 The bourbons we tasted were classic, household bourbons. Tasting classic bourbons was genius, due to the familiarity with their flavor profiles. Tasting familiar bourbon allowed us to focus on the flavor impact of the food. The bourbon lineup was tasted in order of proof starting with a lower proof and moving forward. We tried some wild food combinations including coconut balls, donut pork sliders, 5 spice apples and country ham! Each bourbon paired with a specific food item in order to highlight a particular aspect of the bourbon. In addition to the tasting menu, there was dark chocolate, milk chocolate, pecans, almonds, and dried cherries to freestyle taste.

Each food item created a unique tasting experience with the bourbon. For example, the coconut ball brought out this intense creaminess in the Basil Hayden’s. The brie pecan caramel mix increased the spice of the Old Grandad and the 5 spice apples made the Maker’s Mark Cask Strength buttery and lush. The most surprising combo to me was the standard Maker’s Mark combined with milk chocolate and an orange peel. The milk chocolate extended the finish of the Maker’s Mark, while simultaneously mellowing out the sweetness.

Here are the highlights of my tasting notes: 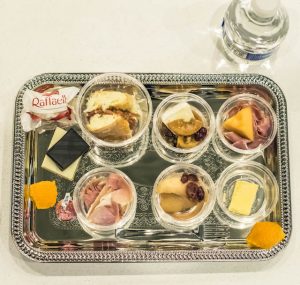 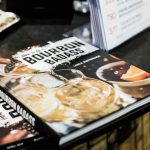 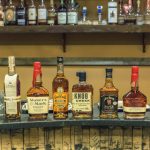 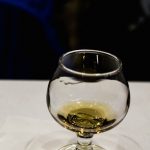 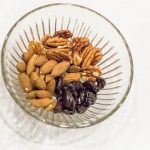 I had so much fun in this class! I felt like a bourbon and food scientist. It was striking how much the food adjusted the taste of the bourbon. The tasting notes of other audience members was so incredibly intriguing! Ultimately, taste is subjective. But almost everyone loved adding the orange peel to the bourbon. The general consensus was that milk chocolate goes quite well with a ton of different bourbons. There is no exact science on what pairings work, so experimenting seems to be the best was to figure it out! We barely skimmed the myriad of combinations and I’m excited to try more! There is no right or wrong way to pair food and bourbon, so try a little of everything and have fun!