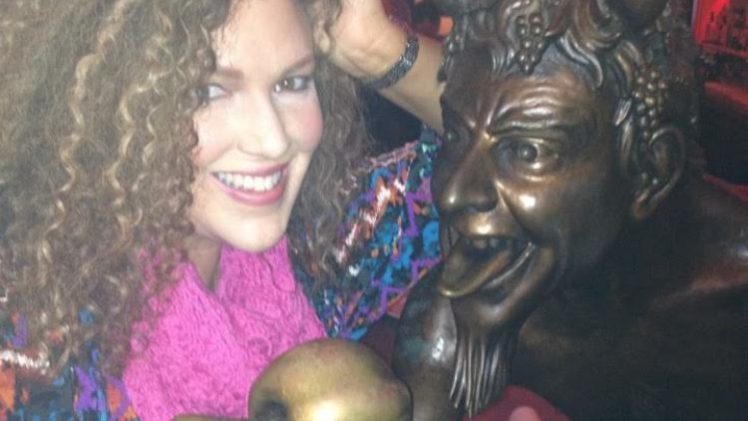 There is not a single childhood memory of mine that isn’t laced with the smell of bourbon and doesn’t get my taste buds inquiring as to when happy hour may be. My journey with bourbon started early and is likely to run with me to the end.

From that first (truly accidental) sip at age 5 (in my defense, it was in a paper Coca-Cola cup) to the first bite of my grandmothers’ off-the-charts, amazing bourbon balls (they were the size of golf balls and made with bourbon-soaked pecans that bathed in the warm nectar for 24 hours…pure bourbon BLISS!), bourbon was just a part of my life. Born the youngest of six children in Bardstown, the bourbon capitol of the world, bourbon was everywhere.

The imagery of the warehouses…row upon row of dark, mysterious buildings that we passed when visiting my aunt and uncle always intrigued me, and the shock at sky-high flames at Heaven Hill that I could see from our backyard in 2003, that I would later watch on national news that same evening, would not soon be forgotten.

My father worked for Jim Beam for 32 years. He was friends with the legendary master distiller Booker Noe (the 2nd) and had stories for days of the friendly ribbing and camaraderie he shared with his co-workers. I guess when you’re in the spirits business, it’s hard to be sad. My father loved to laugh and he loved a good story. A drink with friends at the end of the day was never considered a bad thing. My birth announcement even paid homage to the famous Beam label. “Hicks’…famous for babies” and “100% Girl” were hand-written by my mother on pink construction paper in the shape of a fifth of bourbon.

Recess at St. Joseph Elementary always offered a treat for the sense of smell. The barley hung thick in the air as we played four-square and picked teams for Red Rover. It was different every day. Some days were almost brownie-like and other days were heavy on the rye. To this day, my husband (also from Bardstown) and I will crack the windows the minute we get off the Bluegrass Parkway to breathe in the air near Barton Brands. It just smells like “home.”

Bourbon and I have had a long-standing relationship. Some days were better than others, as I’m sure you can imagine. Every relationship has its growing pains and we’re in a good place now. When my college friends were sipping their Zima with a Jolly Rancher in the rim of the bottle, I sipped my Beam with Diet Coke. In our house, you knew you had passed the threshold of childhood into adulthood at Christmas if there was a fifth of bourbon under the tree for you. It would have a bow on it and some cash wrapped around the neck. To this day, when we open a bottle at a family gathering we can’t help but say, “Mmm, smells like Christmas…” followed by raucous laughter and a story or two.

Thankfully, my tastes would become a bit more sophisticated and I can proudly say I am now just an Old-Fashioned girl. Something about the warm amber color, the first waft of fragrance to hit the nose, and the promise of a cherry at the end is a bit romantic to me. My adorable husband is a master at making them to my particular taste (no orange twist for me) and we have such wonderful conversations over ours; planning our future and reviewing our day. It’s to be savored slowly, like the company you’re in. That to me, is lovely.

And of course, being from such a large family with such a long-standing tradition of bourbon, it has been said before, “Wherever you find four Hicks’…you’ll find a fifth.”

I am thrilled to be able to share this and other stories with the Whisky Chicks. Cheers!

*allow to chill for 1 minute, sip slowly, and solve all the world’s problems*

Kristie has a Billboard Magazine Award from her time in radio and a Miss Kentucky crown that she did not purchase on E-bay. She is frequently asked by strangers, “Can I touch your hair?” She frequently says, "Yes.” Kristie often has conversations with her husband crafted entirely of 80’s song lyrics and loves fresh flowers, Kentucky bourbon and playing charades.