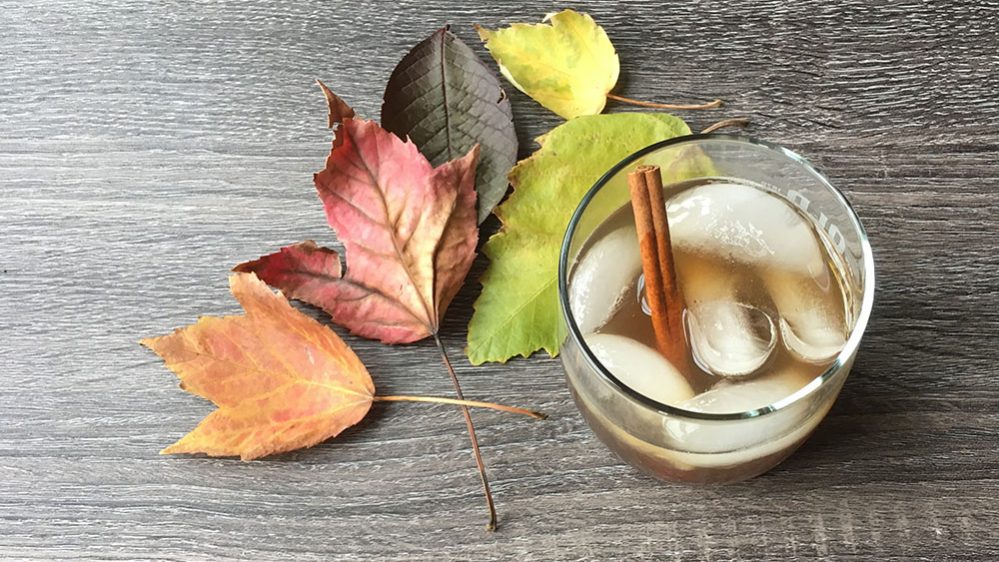 Temperatures in Louisville dropped drastically this week, and while there’s no more denying that autumn is here, we’re not quite ready to let go of summer. That’s why this week we’re bringing them together with our Fall twist on the Whisky Sour.

The origin of the whisky sour is widely debated but ultimately unknown. The first recorded appearance was in a recipe book published in 1862, but another theory is that sailors first invented it by mixing a lemon into their liquor when they realized a lemon a day kept the scurvy away.

Whisky sours are often paired with a simple syrup to cut the sour of the lemon, and ease the burn of the bourbon. The pairing of the citrus from the lemon with the sweetness of the simple syrup brings out the brighter notes of the paired bourbon, and creates a perfect cocktail for summer. Our twist stays true to the simple ingredients that define the original whisky sour, while creating a cocktail perfect for the fall months.

In place of the simple syrup, we’ve introduced a maple syrup, and our garnish is a cinnamon stick instead of the usual lemon and cherry. So enjoy this preview of autumn weather, and relax on your porch with the Fall Whisky Sour.

DIRECTIONS
Combine the bourbon, lemon juice, and maple syrup in a shaker with ice. Shake to mix and strain over a glass with fresh ice. Garnish with one cinnamon stick. 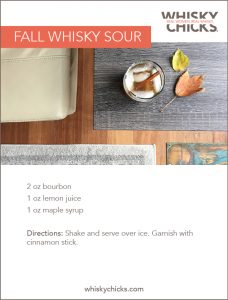