Confessions of an Amber Spirits Non-Lover 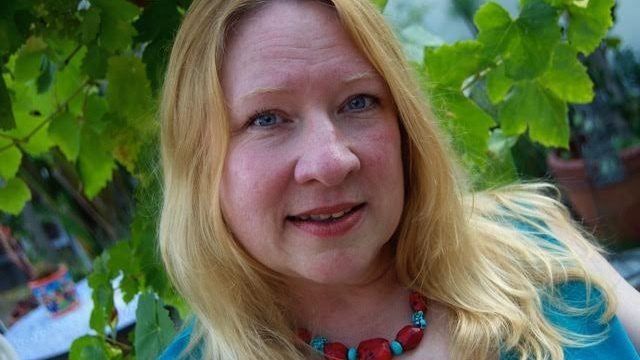 Nothing will make you reconsider your feelings on amber spirits like a trip into the heart of bourbon country.

This spring I attended the annual conference of the International Association of Culinary Professionals in Louisville. It was a bourbon-rich affair with plenteous distillery tours and tastings, along with dishes and desserts laced with the beloved local spirit. I approached the conference—and Louisville—with hesitation, fearful that some sensitive gadgetry at the airport would pick up on my aversion to amber spirits, and that I’d be labeled persona non grata and whisked onto the next plane out of town.

While that didn’t happen, I still crept about the conference sheepishly, trying to avoid bourbon and bourbon-laced food without offending the generous and gifted culinarians who had graced us all with such a lavish spread. I’m happy to report that the bourbon didn’t overpower the foods I did sample. Without exception it was all well-balanced and quite tasty. But I drank a lot of water that weekend. I just couldn’t face the prospect of ambers in my glass.

My first whiff of whiskey as a child made me squeam ferociously, and over the years that hasn’t changed much. I won’t name names, but that initial encounter came from a bottle that rhymes with Black Spaniels. I was thirteen-ish and laid up with cramps, and my Aunt Maude, the take-charge eldest in my mother’s family, thought a hot toddy was just what I needed. Only she didn’t ask me first. Before I could protest the ghastly sweet-sour odor of rusty chainsaw coming at me, she poured the concoction down my throat. I promptly and involuntarily spewed it all over her.

Okay, so that wasn’t the best introduction to whiskey. I have the same reaction to rum. For many years I didn’t question my aversion. I happily drank other spirits, usually gin based ones.

But during the 18 years I lived in vineyard-rich California, I sampled innumerable wines and began to notice something unfortunate. The same qualities I disliked in amber spirits were present in the chardonnays I tried—not as strong, but definitely there, lurking in the background like hooded figures watching me from a dark alley.

What was the common thread running through whiskey, rum and chardonnay? I wondered especially about the wine, which looked so bright and friendly sitting there in its stemmed glass.

Turns out it’s oak. All three are aged in oak barrels.

But what gives? I like oak trees. They make beautiful furniture. And oak doesn’t stop me from drinking red wines, some of which also spend time in oak. Is the dense sweetness of oak more naked in the more delicate white wines, with nothing to hide behind? There might be something to this, because, odd as it may sound, I finally discovered an affinity for ambers in the form of smoky, peaty scotch.

It happened one night when my husband Andy poured a glass of Ardbeg Scotch, set it next to me—where he knew it would be safe—and trotted off to find his cell phone. After a moment its aroma overtook me, and I was flashing back to the peat fires in our cozy bed and breakfast in the wilds of western Ireland some years ago. He returned to find me holding his glass, beaming brightly and exclaiming, “This is really good!” He got that look on his face that said, “Who are you and what have you done with my wife?” Actually, it could have been a look that said, “Oh shit, she’s discovered she likes the expensive stuff!” Regardless, I’d realized in one smoky sip that all amber spirits aren’t created equally and that it’s unfair to judge them all by the same measure.

This education in ambers isn’t easy, but I’m dedicated to learning. Recently we went out on the town, and Andy ordered a Weller 12-Year Bourbon. I took a sip and let it flow throughout my mouth, coating all my taste buds. While I didn’t exactly enjoy it, I’m pleased that I was able to recognize the qualities that made it worth the price. Vanilla. Caramel. Toastiness. A depth of flavor and silkiness of texture that lesser, harsher ambers lack. It was a lush overcoat that my tongue wore for a good 20 minutes afterward.

Could it be that if I’m willing to shell out more money I’d find the oaky characteristics more refined and engaging? Possibly so, but I prefer the crisp herbal quality of gin. Perhaps I can try compromising with a seasonal approach—white shoes and refreshing gin drinks between Easter and Labor Day and the warmth of whiskey in the cold of winter.

Carol is an award-winning food writer and chef based in Seattle. Her work has appeared in Best Food Writing 2013 and 2016 editions, Gastronomica, Leite’s Culinaria, The New York Times, The Los Angeles Times and several Edible publications.