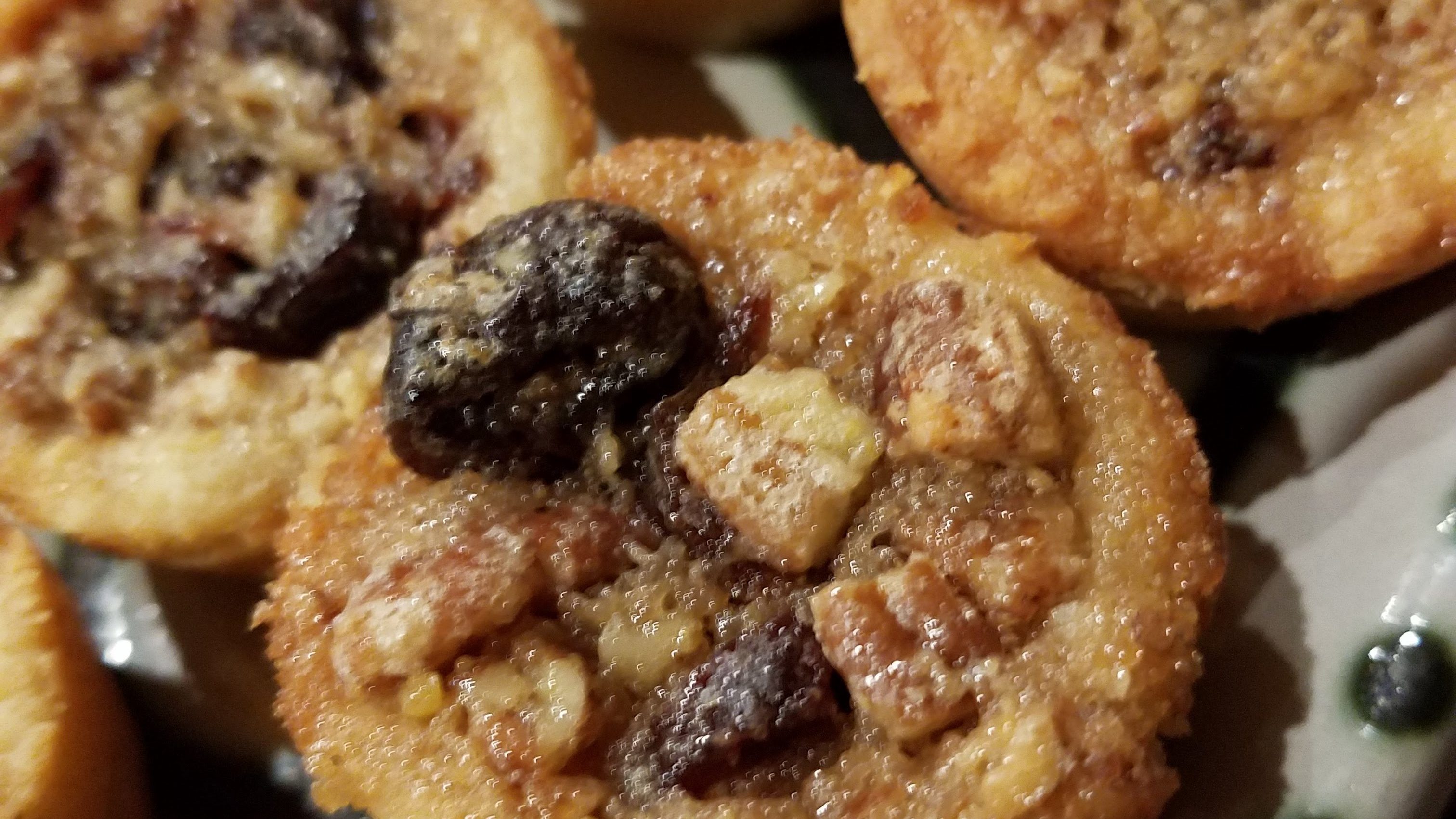 Every holiday season is full of special treats and each year we like to experiment with new recipes. With a few modifications, including the addition of bourbon and cherries, the classic southern pecan tassie has been elevated to a whole new level. To capture and enhance the bourbon flavor, let the cherries and pecans soak in the bourbon for at least an hour before mixing with other ingredients.

Soak pecans and cherries with bourbon.

Blend together butter, cream cheese and sugar for crust. Slowly add in flour until dough forms into a ball. Place a generous tablespoon of dough mixture in mini muffin pan cups. Evenly press dough on the bottom and up the sides forming the crust.

Mix together sugar, egg, butter and vanilla for filling. Fold in the soaked pecans and cherries. Spoon mixture evenly into the pastry cups.

Bake 22-25 minutes or until golden brown. Loosen tarts from pan while hot by running knife around inside of rim. Cool completely before removing from pans. 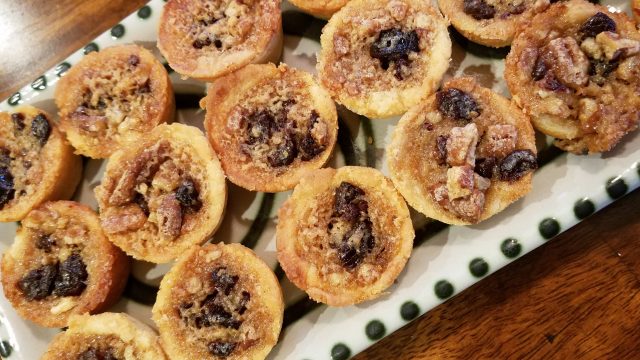 For additional recipes pre-order the upcoming book, “How to be a Bourbon Badass” on Amazon.com.