The Artist Behind the Bottle 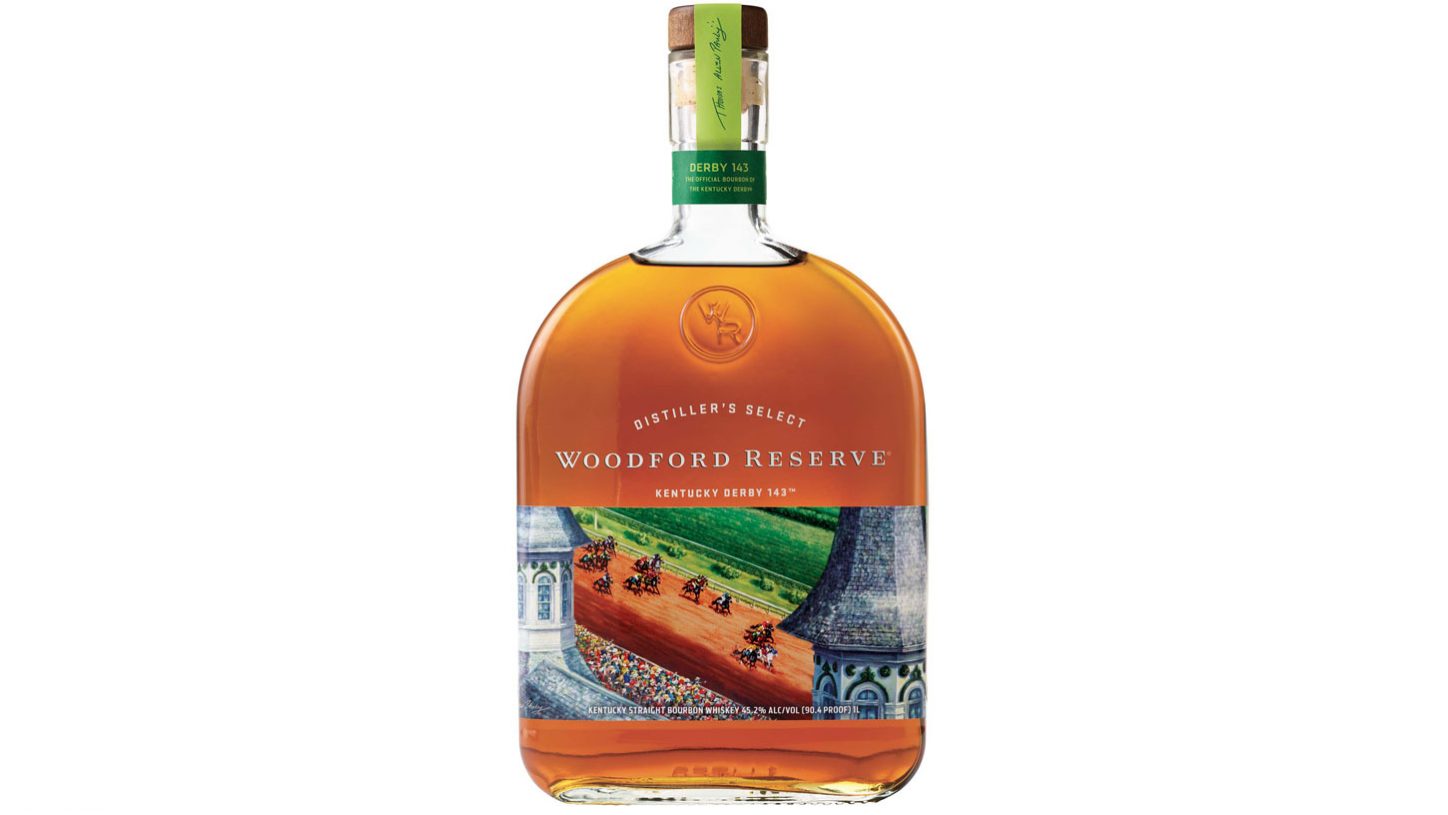 Each year, Woodford Reserve puts out a special edition Kentucky Derby bottle. The official bottle for 2017 was released in March and is available in specialty liquor stores across the country. I had the opportunity to interview Thomas Allen Pauly, the artist who created the art for this year’s label. 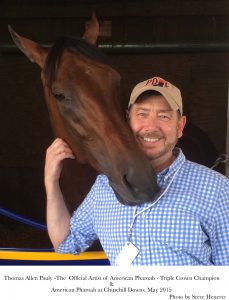 Woodford Reserve has been releasing a special Kentucky Derby bottle for 19 years (it’s also the official bourbon of the Kentucky Derby). They are always a work of art – colorful, and exciting. Each one is different. This year’s art was inspired by the view Tom saw when he got his first glimpse from the roof of Churchill Downs. He has photographed there for years but never from the roof.

Tom was born and raised in Chicago not far from Wrigley Field. He got his introduction to horse racing at Sportsman’s Park in 1978, going with a friend who had a horse in one of the races. The horse Rusty, won, and Tom got his picture with the group in the winner’s circle. He was immediately hooked on horse racing. Tom decided to use the picture as inspiration for a painting. Once he had finished the painting he showed it to his friend who wanted to purchase it, which then led Tom back to the track to watch more racing, shoot more pictures, and do more painting.

His first Kentucky Derby was in 1999 when Charismatic won. He did a painting of Charismatic from images he had taken that day. He now makes it an annual event.

In 2010 and 2011, Churchill Downs and The Game invited Tom to have a solo exhibit at the track for the Kentucky Oaks and Kentucky Derby. It was there he met Don Berg, the CFO of Brown-Forman. Berg liked Tom’s work and bought a piece. It was this friendship that brought him the opportunity to pitch them on doing the bottle art. In 2016, he did his first Kentucky Derby bottle for Woodford Reserve and, with this year’s bottle, he is now the first artist to be awarded the honor of doing a second bottle. What an honor for him to do the art for one of the best bourbons in the world depicting “The Greatest Two Minutes in Sports.”

Tom’s art has taken him around the world to see, photograph and paint horses from the Arc de Triomphe to the Dubai World Cup to the Hong Kong Cup to the Preakness, Belmont and Breeders’ Cup races. He has also been to and painted Steeplechase races in the U.S. and abroad. And, he was the official artist for American Pharoah when he won the Triple Crown. Most recently he has been in attendance taking pictures for Illinois Racing Magazine, but this year he will be covering the race from a different perspective for Chicago Style Magazine.

But let’s get back to the bourbon. Woodford Reserve is an amazing, balanced bourbon. It has hints of spices, fruits, nuts and of course the grain. Everyone’s palate is different and you will pick up different overtones of flavor. It is good neat, on ice, in a Mint Julep or mixed.

It was delightful talking with Tom. We are both fans of horse racing and bourbon. And how does Tom like his Woodford Reserve? In an Old Fashioned made with a mix he calls “The Elixir” from the Pair O’ Lakes Lodge in Spooner, Wisconsin.

I got my bottle of Woodford Reserve from Hi-Times Wine Cellars in southern California, but you can find them in just about any good liquor store in your area. They make a great addition to any bourbon collection. Enjoy the bourbon and the bottle with a good friend any day, but especially on Derby Day.