11 Facts About Whiskey That Will Keep You Up At Night 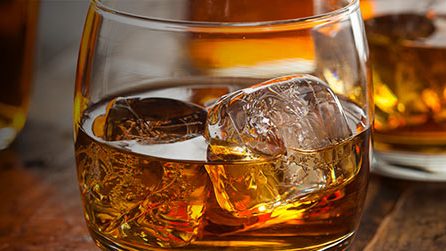 Whiskey is a drink that has been around for generations and we can’t seem to get enough of it. It is a drink that does not depend on your mood, whether you are happy, bursting with joy or feeling sick of yourself, whiskey is your true confidant.

Yo may have learned about the art of drinking whiskey correctly by nosing it to enjoying it sip by sip, but there are facts associated with your favorite drink that you have never heard of and are bound to leave you startled. Without wasting anymore of your time, let’s have a look at what surprises this drink has to offer.

1. The inventor of whiskey is unknown.

Yes, that is right. Nobody knows who invented whiskey first, which is really surprising since it has been getting the world drunk for generations now. The first evidence of whiskey production came from Scotland in 1494. The entry was observed in Exchequer Rolls where the malt was delivered by the order of the king. So yeah, all you whiskey lovers out there, you have no one to thank for introducing this wonderful drink to the world.

2. Whiskey translates to “water of life”.

Derived from the Gaelic word ‘uisge beathe’ which means “water of life”, this name of the drink is quite appropriate. It was later pronounced as ‘uski’, which then became whisky. This is why the word is so deeply embedded in our vocabulary.

Whisky is a drink that is enjoyed all over the world and Scotland knows this very well. It generates around £130 (about $158 in the U.S.) every second through export all around the world and gives the Scottish government a huge revenue, given it exports around 2,500 bottles every minute. Stop calculating, the figure won’t make you happy. The tax on whiskey has also helped pay for every American War debt except the Spanish-American War.

4. Whiskey is of the angels.

Approximately 2% of whiskey evaporates every year through the barrels it is stored in. This is commonly known as “Angel’s Share” and is deeply embedded in customs of some places. When the angels can’t resist this delicious drink, who are we to stop them?

You read that right. Consuming whiskey moderately can have health benefits like reducing the chances of stroke, the possibility of heart diseases and, yes, the chances of cancer. Studies also show whiskey to be an excellent agent to control diabetes and a relieve stress (which you already knew after a long work week).

As surprising as that sounds, it is true. Whiskey starts its life as a beer which is further boiled, followed by condensing the steam down to a spirit and then leaving the spirit in a barrel for a good period of time.

Listed in the Guinness World records, the oldest existing whisky is known to be a bottle of Glenavon Special Liqueur Whisky, which was bottled somewhere between 1851 and 1858. Before you start planning on how you can taste it, I must inform you it was last sold in London in an auction house for a solid £15,000 (about $18,191 in the U.S.). So, don’t get your hopes up.

That special bottle of yours might be lying to you in terms of how old it actually is. You might be in the misconception of actually believing your Chivas 18-year-old bottle is truly 18 years old. According to the law, the age mentioned on the bottle is the age of the youngest blend wherein, in reality, older scotches may also be added.

9. The color of whiskey is no color at all.

Your favorite drink is colorless before it’s barreled. It acquires its darker tones and flavor through the oak it is stored in during the aging process. Personally, I believe Hennessy is an expert in the aging process and delivers a whiskey to die for. The longer the whiskey stays in the barrel, the darker the color. The color is entirely dependent on the barrel.

If you have ever put yourself in a position of questioning yourself reading “whisky” when you were expecting “whiskey”, don’t bang your head against the wall. I have done the same. The spelling varies according to the country it is being distilled in or the country of origin. If it is coming out of Scotland, England or Canada, it’s typically “whisky”, whereas if it is American it is likely “whiskey”. Pointless? Sure it is, but that is the way it goes.

11. You would not have Tabasco if it wasn’t for whiskey.

The sauce is also aged in used whiskey barrels. The sauce acquires an extra edge and a sting people die for all over the world.

All in all, whiskey is a drink we all turn to as soon as it’s Friday and we are out of the office. There is no better liquor to ease off and shed all the stress we carry throughout the week. Learning these astonishing facts make us appreciate the drink even more. I am sure that there are 1,100 more facts about the drink that are not mentioned here, and even some that we still don’t know, but until then sit back, pour a glass and relish this wonderful drink.

Harold has been closely studying the liquor industry trends for quite some time. Intrigued by the booming growth of this sector, he takes interest in penning down his views, providing quality insight on current trends.